05.09.20 making the site faster,better,stronger. attained a perfect score with lighthouse audits for the briefest moment, but my mindset has changed in recent years: i guess sacrificing audit points to include some javascripting etc. is worth the tradeoff. websitewise, i rewrote the authentication page that guards my contact info from the robots - it is now wrapped in the general site theme code, and looks more seamless with the rest of the layouts. i also added a new note which details how to build openSSH 8.2 with a added u2f/fido2 features, which allows a user to use a security device like yubikey or solokey for unlocking an ssh key. a chief feature i use a bit in this piece is the revamped code display blocks, which now render clearly, integrate highlight.js for syntax coloring, and have a nice blinking cursor to really spice up the feeling of looking at a terminal screen. it was very much inspired by the terminal.css framework.

05.07.20 i know this is likely something few if any folks noticed, but i have been playing with the font rendering, and it looks like i managed to get everything rendering correctly - nice crisp fonts and font edges. it was a nice issue to tackle because like most selectors i was familiar with when younger, the font properties have dramatically grown in scope, and at first i was somewhat thrown off by that. at the end of the day the added complexity is more than worth the control one can have over how text is displayed. naturally i seem to have become familiar with this right as variable fonts are beginning to take off! dang. 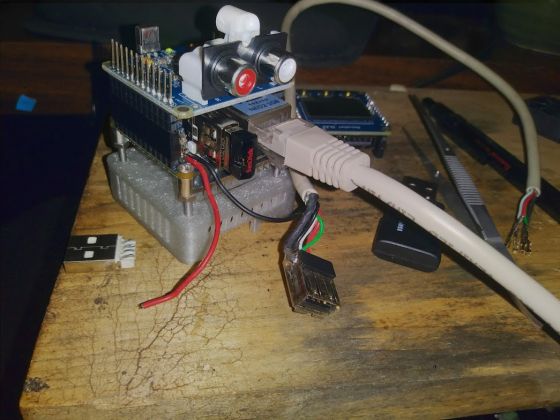 04.21.20 the hardest part of having a website to play with is resisting the urge to go and implement+integrate every cool little trick you learn or read about. that being said, i recently learned that the text-shadow property was far more flexible than i previously thought, and i had some fun playing around with the different options until i wound up with a sort of 'theme' or 'style' which is currently up in mockup form over at fadestate. i'd like to add elements of the sort of distorted 3d effect to hazardous, but i'm afraid i won't be happy until i either redesign everything, or scrap the effects altogether.

side note: i think the trick to appreciating hugo is to not use hugo. my current static gen workflow is beginning to reveal limits to its adaptibility. in particular the folder structure required to build everything is lacking in a sane way to resolve internal links, and it's a drag trying to figure out if i should tinker on the engine or just hardcode url's. probably bits of both until it is hacked into a complete feature.

04.12.20 - subtle site tweaks, including a fun little trick with the site header: resize the window to play with it!